The Accomplice - A Novel 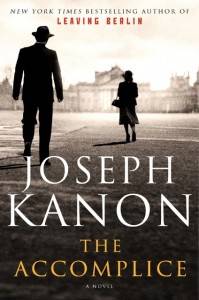 Imagining the World of Nazi HuntersJoseph Kanon’s novel “The Accomplice” takes readers on a quest to find a former Nazi doctor who bears a striking resemblance to Josef Mengele.https://www.nytimes.com/2019/10/25/books/review/the-accomplice-joseph-kanon.html?smid=em-share

Review: The Accomplice by Joseph Kanon – The Herald